Every day, a band out there gets interviewed, much to the delight of its fans. You love a group, you go out and buy its CDs, you come home, listen to them and appreciate the melodies, fall in love with the lyrics and praise the artists.

However, sometimes, while caught in the spell of a song we adore, we forget that we wouldn’t be half as passionate about that tune if it sounded like crap. Say your favorite song had fuzzy, silent guitars instead of the raunchy, loud ones. Or maybe the singer’s voice wasn’t audible enough or, on the contrary, got too much attention. Be honest: you simply couldn’t listen to it, even if the chorus was just as catchy.

And here is where the producer steps in. A good one can make the difference between a „meh” record and a stellar one. This is why we decided to speak to Adam Whittaker, English sound mastermind extraordinaire, who, for several years, has been busy working with Romania’s most appreciated bands, contributing to their success with joy, intense emotion, sweat, feelings and amazing professional skills.

Before that, though, he produced, mixed, mastered and engineered materials for Mark Ronson, Amy Winehouse, Lily Allen, The Damned, Julian Cope, Saw Doctors, Doves, Starsailor, The Rakes, Kate Nash and others. Among his many achievements, we mention 8 number 1 hits across Europe, and platinum records for groups like The Saw Doctors and Dove.

From the likes of Grimus, Luna Amara, OCS, Space Needle, Velosonics, Vama, Aeon Blank, The Amsterdams and many others, there is hardly any great local band out there that has not shared the studio with Adam, who agreed to offer us an honest, funny and insightful interview about the differences between the Romanian and international music scene, how much a producer’s work actually matters and to what extent it’s a good investment to become the sonic master of a band’s fate. 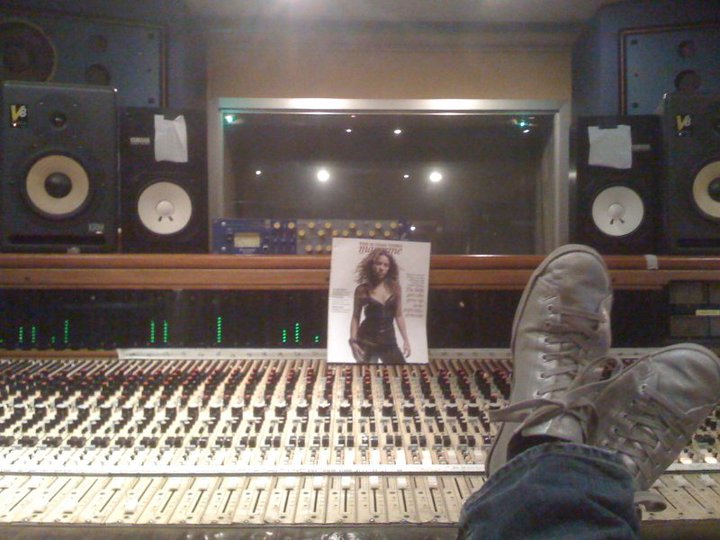 Adam, to paraphrase Sting’s famous song, you are an Englishman in…Bucharest, Romania. How is that working for you?
Well, actually I hopped over the border, and I like my toast done on BOTH sides. I have no idea what he was on about. The first time I worked in Bucharest was with Vama on a project that didn’t quite happen, I got really sick, chased by dogs and hassled by a pimp. I know how to have a good time. In truth, apart from that – Romania has been good to me, physically and mentally.

Tell us the story. How did you start working with Romanian bands?
It’s kind of a long story, but I’ll keep it brief. I had a great friend who set up a business in Cluj, and was always trying to talk me into checking out the music. I finally did, found Grimus and thought “Now, here’s a band I could do something great with…” and it began there. Ultimately my stupid grand Jesus complex plans there were cut short a month after the record came out, but by then I’d relocated to Romania and what can you do? I’m not the type to give up.

Compared with your previous experiences working with other European artists, what’s your impression of Romanian groups?
I think there’s some great talent I admire, and a strong streak of creativity, especially in the newer acts where I am seeing some real development but still not quite the wildness I expect from young bands. I tried to find out why there was not punk rock explosion post-communism. It mystified me why there wasn’t and there was this Scorpions Dad-rock as the first wave. I think it’s hard in some ways for the bands, as the non-pop scene is regarded as underground, but then again they have a different work ethic and expectations than the British or American acts. The Americans train like it’s an olympic sport, the Brits just will do anything, go through hell and live in a fiercely competitive scene. That’s where standards come in, and why the quality of your records matters. A&R guys would throw half of peoples releases in the bin. I know this, because they did it to mine as I was developing! Here, there’s no pressing need for quality control. It’ll even get played on the radio. However, once you step outside…it’ll be a different game so you better keep that in mind. But in general, I have seen things moving forward the whole time in the Romanian scene which is awesome.

There’s a sense of possibility in Romania, the people are great, and I met a lot of smart, amazing, bright young things.

How would you describe the Romanian music scene, in all its glory, not just the alternative side.
I know where you’re trying to lead me with this one! First of all, I love the music WE do in the rock/alternative/electronic/hip-hop scene. I also was fascinated by manele because I’d never seen a music video made in someone’s Grandmother’s kitchen before. Lastly, one of my favourite things in the world to do is take an innocent person and make them watch Romanian pop videos until they beg me to stop. That situation is a problem, and needs taking care of. I think it will, and in the meantime we have to keep going, and keep going forward.

How come you haven’t worked with super mainstream local acts?
The only reason is nobody has asked, but I would in a second. I would LOVE to make some decent pop, or more mainstream music.

Do you feel any sort of cultural gap between Romania and England for instance?
Of course, it’s different, but I have a great love for Romania. There’s a sense of possibility in Romania, the people are great, and I met a lot of smart, amazing, bright young things. I only wish for more opportunity for them and a slight attitude adjustment sometimes. Just because something hasn’t been done before, doesn’t mean it can’t be done. I think this, your generation can do some great, great things. I also love the way things aren’t bland and homogenised, this also applies to the emerging music and arts culture.

I know you can’t really answer this but which is your favorite Romanian band, from those you’ve worked with?
I like people who treat me well, and credit me correctly on record sleeves, videos, and vocally support me as much as I do them. So, those bands.

Have you met any “divas”?
Only male ones in Romania, which is the downside of working in rock & roll! They said Tudor Chirila was a diva, but he was totally nice. I met Shirley Bassey once. That’s a diva.

How does a producer manage to keep his work diverse? How do you avoid making all bands sound alike?
I try to do what I think is best for the band given my experience and music head. I’m not trying to make them sound like me, just like them, but better, bigger, faster and more! They are the band, it’s their record, and I want it to be great.

A good producer can save a crappy record if allowed

How much would you say does the producer’s work weigh in making the difference between a good record, a mediocre one and a bad one?
Every band needs different things from a producer. Maybe it’s being a referee, an editor of ideas, a coach, someone to push things in a direction that will make the record more likely to be successful, finish some songs, write some even – but yes, it does make a difference. A good producer totally commits to the project. The main thing is the band, though, THEY are the talent, I am respectful of that, I am the facilitator to their goals, that’s all. Often, we are not the most liked people through the process as we have to do unpopular things and have opinions.

Can the producer “save” a crappy record by his hand alone?
Yes, if allowed and if it’s needed. Hopefully, and usually, it’s a team thing, like I said, the band’s record. I have however finished records after the band has left to do something “more interesting” and I’ve also finished other producers’ records because they hired me to.

Working with bands that might not have such a fantastic financial status, does it pay off to be a producer, or is it more a labour of love?
It’s way more of a labour of love than you can imagine, and people have no idea the time, sweat and emotional pain I put into these things, and as we know, there’s not much money floating around. I did a record that someone said was “pricey” recently, and totalled up the cost vs. hours I put in it. I made less than I’d get working at McDonalds. I mix more than I produce these days, because that way I get to have a life. I love mixing, and like to work with other producers and bands who self-produce in that context; I’m happy to work with someone that has dealt with the production aspect and to take the sonics up a level at mix time, it works really well for artists.

Are you a tech nerd? Do you like to pimp up your studio with the latest gadgets or are you more analog? What do you think about the whole analog revival movement, with bands wanting to sound today like groups in the 70s?
That’s a tricky one. Did you see Sound City, or that Sonic Highways series? That gets me wishing I could set up a “real” studio again, with real rooms and have a load of analog gear but combined with the new technology. Create an environment to inspire people. I use all the new software, hardware, but am well schooled in things like analog tape, as that’s how I started. Personally, I like that retro wave as I liked it the first time round. It always comes down to songs, no matter what else, and they did songs back then.

Who is your favorite producer ever and name a few records that are impeccable from the production point of view?
I’m such a huge fan of music and these people inspired me to do this. I used to rip out the record or CD sleeve and read every credit to find out who did what. The best I can do is name some of my favourite producers.

My first “producer hero” was Norman Whitfield, who did the most amazing work on tons of the psychedelic funk of the 70’s which blew my mind, Jimmy Jam & Terry Lewis, then hardcore maniacs like Bob Erin, Michael Bienhorn – a man who will grade the tone of microphone cables in a studio before recording a note, Trevor Horn, The Neptunes, Andy Wallace, Tore Johansson, Bruce Fairbairn, Bob Rock, Rich Costey, Timbaland – that guy is amazing – Butch Vig, Will I Am even for being the shameless epitome of evil pop & timing, Brian Eno, Dre, Rick Rubin – I can go on all day. I always try to improve and to aspire one day get to that level. I also got to work with some great legendary producers who taught me so much that I am in debt forever for that experience. Two of them are dead!

I don’t know what to say impeccable production is. Maybe it’s having the guitar solo 6 times louder than it should be on Iggy’s “Search & Destroy” and encouraging a vibe, or maybe it’s the sonic technical perfection of someone like Trevor Horn’s work. Or maybe it’s Rick Rubin basically being Yoda, and having someone else make the record for him yet his mere existence makes everything work! All I know is I love it, and if anybody ever wants to work with me – just ask. It’s that simple. 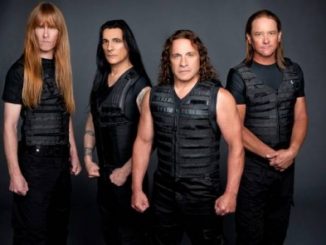 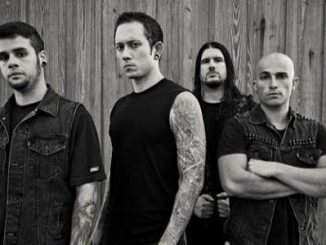 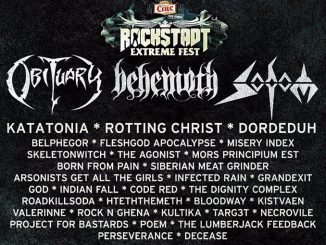 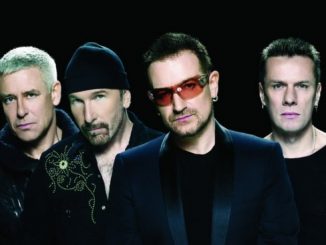 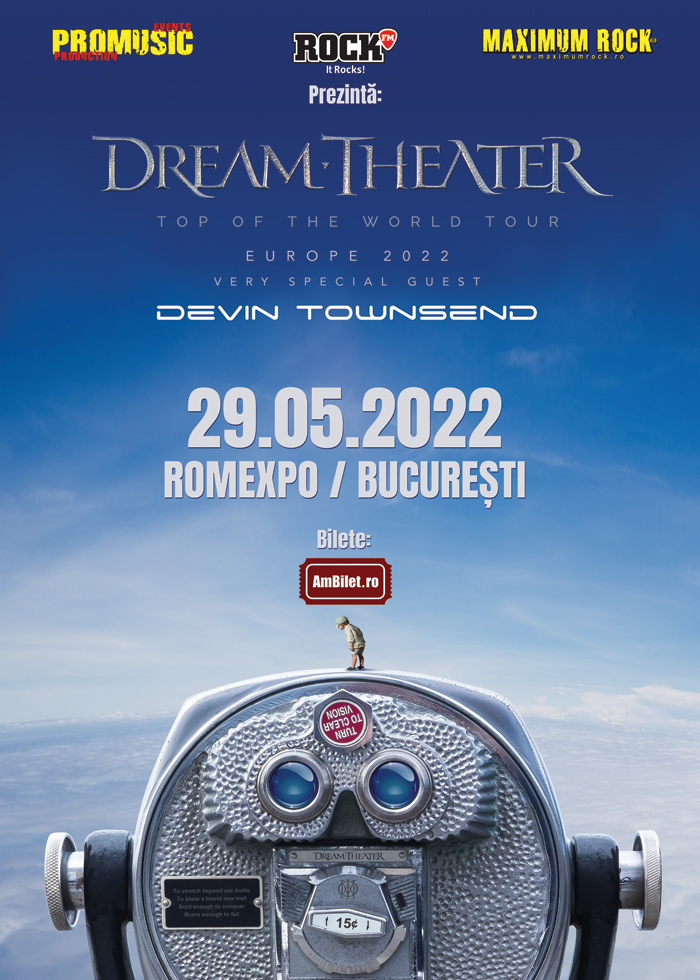